Wow it’s been awhile.  I haven’t had any free time to work on Solaroids since last June.  With a big work commitment out of the way and a much needed holiday break, I had a chance to work on it for a few days.  The results are a new boss ship, some newly done sound effects, and positional audio complete with Doppler effects on the missiles.  XNA sure makes it easy to put this stuff together, and after this update I’m a lot more confident with the XACT audio software.

Here’s a couple of screen shots and a video showing off the new features. 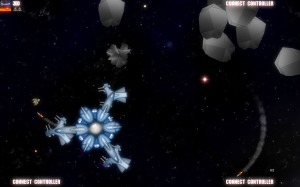 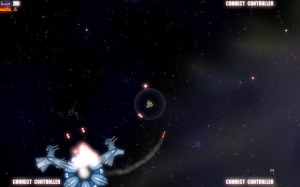 Coming in for the kill 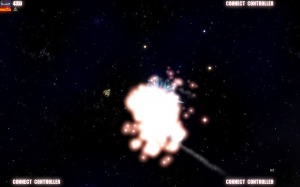 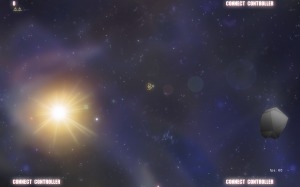 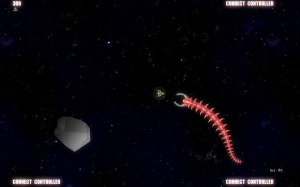 I posted a new video at youtube to show some of the new additions in action.  New sun and planets.  New middle ground stars to give it a little more dimension.  I fixed the background stars as it had a funny artifact that was visible at certain gamma levels.  I also changed the explosion particle system to have a red/orange tint to give it a little more color and increased the size of icons in the player HUD and made them resolution independent.  This one also has a different more mellow audio track I composed, great for cruising around in space and clearing space debris.

There is also a SD version available if your computer can’t handle the HD version.

I recently added some new background effects and made some other tweaks.  I’m pretty happy with the additions. 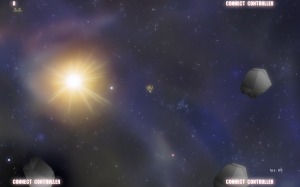 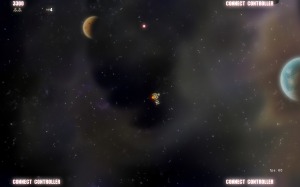 A couple of planets 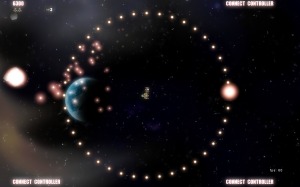 Here is a video test of some of the basic game play.  Small ship spawns within the game world…  asteroids approach… destruction ensues.  720p clips are also available at the Solaroids youtube site.

Here are some screen shots from the current game.  I currently have the player information hidden as I work through some garbage collection issues on the 360. 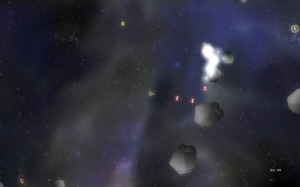 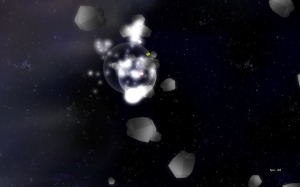 I guess I got a little too close. 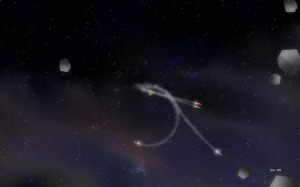 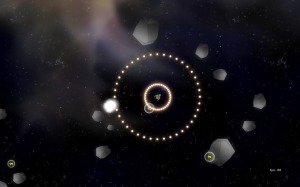 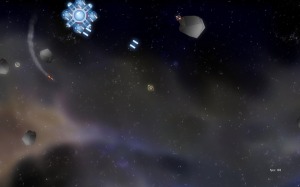 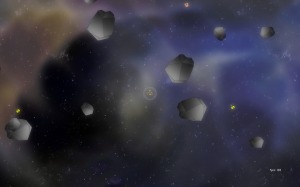 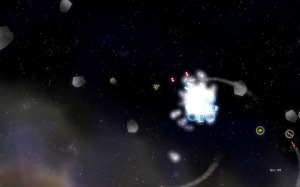